The last spring kdrama I'm checking out, simply because the rest are uninteresting. With Mandate of Heaven joining my kdrama roster, I've just made my April-June sageukpalooza more sageuk-filled than it already is. 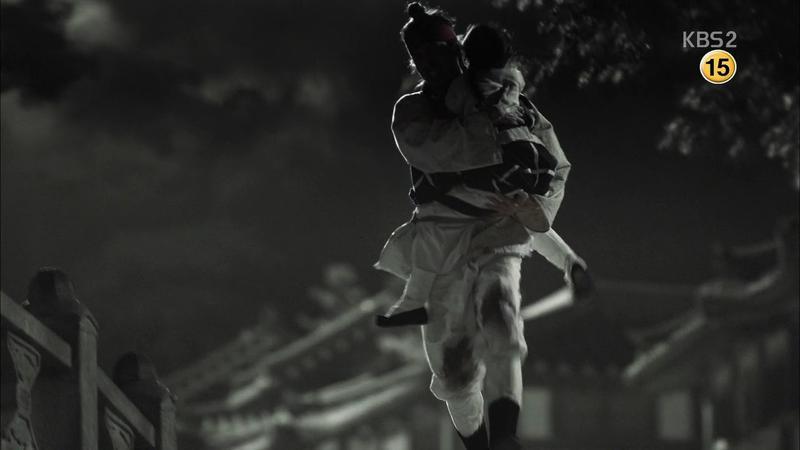 Mandate of Heaven (also known less impressively as Fugitive of Joseon) is about a royal physician, Choi Won, who wants nothing to do with palace politics and is only there because he wants to find a cure for his ill daughter. He gets involved anyway once he's framed for the murder of the Crown Prince's personal physician. Condemned to die for a murder he didn't commit, Choi Won breaks out of prison and attempts to clear his name while running away from the people who want to kill him (i.e., the police and the people who framed him).
( Collapse )
The Verdict: LOVE. LOVE. LOVE. There were a few bumps early on, but these are pretty much resolved as of episode 8.

Is it just me or are there so much more amazing anime these days than kdramas and tv shows combined?

Okay this isn't exactly new, but this is the first time I've seen this. It might take me a while to finish Steins; Gate. It's the type of show you want to watch slowly and digest rather than down in one gulp. However, I like the group dynamics, I love Daru (the wannabe perv computer tech guy), and I love my bickering OTP (Kurisu and Okabe). The plot is complex but never loses its heart. My only complaint is how Okabe will let just about anybody join his "top secret" lab. It's like Bridal Mask's completely open recruitment policy again, to a lesser degree.

Durarara!!! Three groups of gangsters and pseudo-zombies grapple for control of Ikebukuro. An amoral information broker watches the bloodbath.

I should've finished this show ages ago. I am already on the last act, the one where Kida rejoins the Yellow Scarves. And yet I hesitate. I'm not sure why. I've enjoyed this show until now (Anri/Saika is made of epic win, and Celty is just adorbs), but I'm now dragging my feet. Perhaps it's because I hate most of the lovelines in this show, and it looks like Kida's psycho girlfriend is going to be important. I love the show when it's pure chaos, and I hate it when psychos in love get the limelight.

To be honest, I'm a little worried about this show's pacing. The art remains as gorgeous as ever, the animation as fluid. Still, the visuals don't mask the fact that we're almost halfway through and the show is still setting up. Five (of twelve) episodes in and we still don't know much about the world of RDG. I wonder if somebody lied and this is actually a 25-episode anime, or if the show is gunning for a second season. Whatever the reason, there's little plot movement. I hope this is intentional.

The Devil is a Part-timer. Satan, together with his faithful lieutenant Alciel, goes to our world and attempts to conquer it by becoming McRonald's best employee.

This is a fun show with a fun concept and mostly fun characters. The animation in the prologue is what you'd expect from high fantasy anime like Berserk, and then it scales back (without losing quality) to slice-of-life-style animation.The first five episodes are pure win. My only misgivings are Maou's (Satan's) complete 180 (is becoming McRonald's top employee more important than reconquering Ente Isla?) and Chiho-chan, who is cute but annoying. But everything else? Pure crack.


On my list: Attack on Titan, Gargantia on the Verdurous Plan, The Pervert and the Stony Cat, Toradora, Hyouka, From the New World, Puella Magi Madoka Magica

Jang Ok-jung, Live in Love - my current kdrama obsession. I love it like I haven't loved a drama since Arang although the two dramas are very different. Kim Tae-hee is a revelation here, actually emoting as opposed to just glaring in intense scenes. Yoo Ah-in is perfection as usual. The two have such an unexpectedly intense chemistry, I'm drowning in emotions whenever they're together. I love Lee Sang-yeob's Prince Dongpyung, who pretends to be some fop but is actually serious and competent when push comes to shove. I love the villains Min Yoo-jung and Jang Hyun, whose schemes are both repellent but nonetheless interesting. I love everything about this show. I have no complaints whatsoever, except that I episode 9 isn't here yet.

Gu Family Book - dropped as of episode 6. It got better in episode 3, got worse in the next, and got even worse in the next few episodes. I'm not big on meaningless repetitions of epic failures (the whole Seo-hwa thing). So... buh-bye.

Conspiracy in the Court - the most sageuk sageuk I've seen thus far, also featuring the most in-depth discussion of Joseon's issues problems during the time of King Jeongjo. It's interesting and incredibly well-acted (Lee Chun-hee is the best of the three very promising leads), not to mention thought-provoking. Now, I just wish the subs were more understandable so I could actually understand what's going on. Mister X's subs are no doubt an accurate translation of Joseon's high court speech into English, but I find the English itself obscure and thus difficult to understand.

The episodes of CitC are densely packed and will definitely require at least a rewatch in order to be understood better. But that's one of its charms. I'm watching this show slowly but surely, and I'll probably watch this again once I'm done.

Featuring Gu Family Book and Jang Ok-jung, Live in Love. I've been in a drama slump ever since Arang and the Magistrate ended. It's pretty safe to say the drama slump is over. 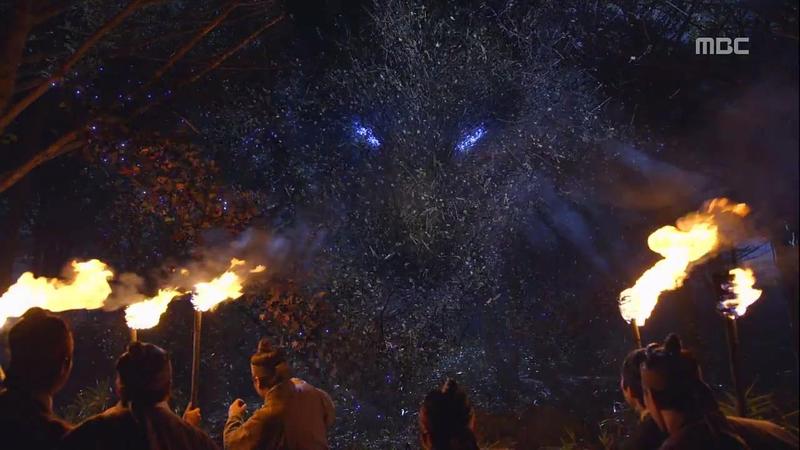 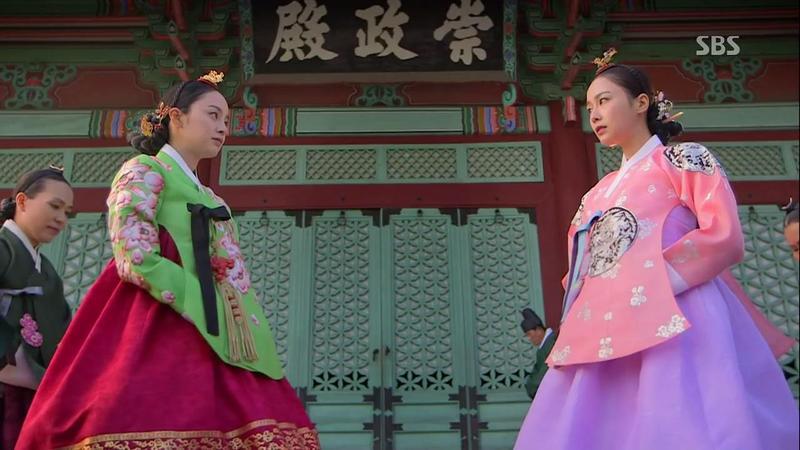 I still have a lot of anime on my to-watch list, but I decided to go out on a limb and try watching one as it airs. My choice of anime for my weekly live-watching experiment: RDG: Red Data Girl. Some of the people I follow on tumblr have been spamming my dashboard with gifs, and sucker for gorgeous animation that I am, I tried it out.

There are apparently three episodes alread out, but I've only watched the first one as I'm following the tv release. 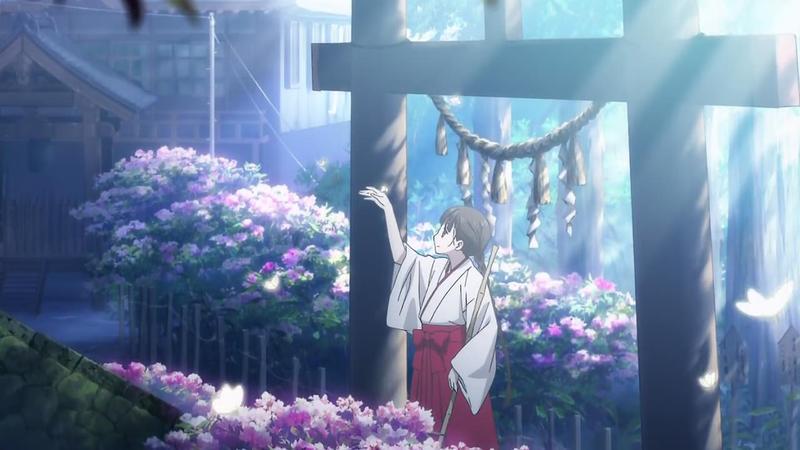 ( Collapse )
The Verdict: Gorgeous and has a lot of potential in its story and characters. Will definitely keep watching.

I took a break halfway through Durarara!! and checked out this short anime series that promised lots of shoujo-esque bishies in an otherwise shonen story. Inu X Boku SS is about a group of half-demon, half-human hybrids who live together in a fancy apartment. The main protagonist, Ririchiyo, has the unfortunate tendency to snark at anyone who talks to her as a defense mechanism. She goes to said fancy apartment for some peace and quiet, but her very intrusive bodyguard and loony neighbors just won't let her be. 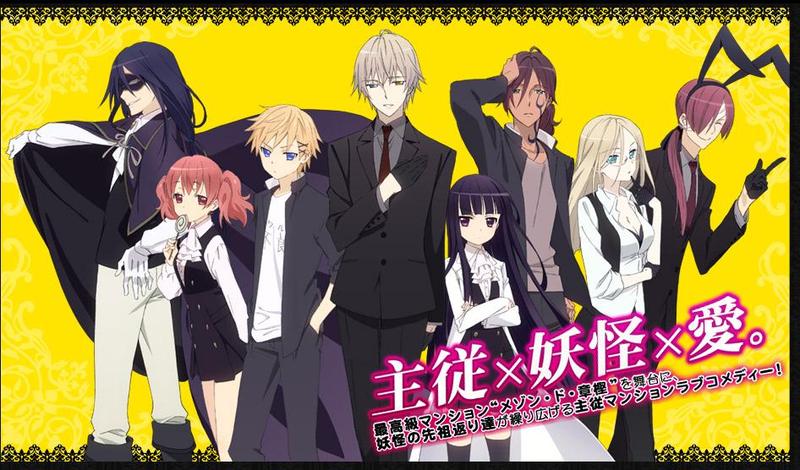 Doctor Who's back (finally!) and I can finally savor more Eleven goodness before the awesomeness explosion that is him and Ten together on my screen kills me. 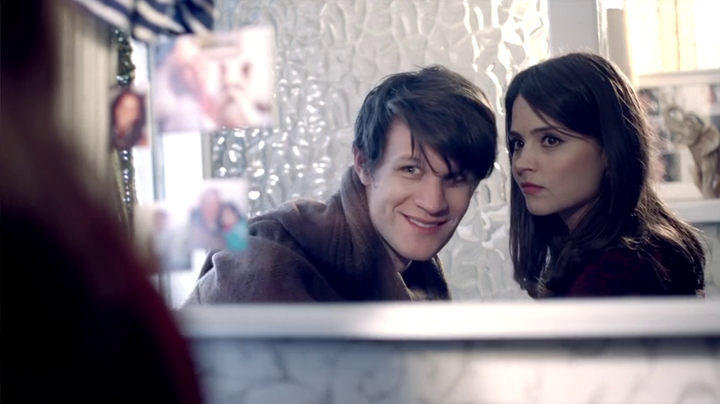 It’s been two years since my love for The Mortal Instruments and its spin-off hit an all-time high and began its steady decline into apathy. I still love the first three books in all their campy glory, and the second TMI trilogy is entertaining if overwrought. The less said about the downward trajectory of The Infernal Devices, the better.

Still, I was cautiously looking forward to the film adaptation of TMI. While the cast wasn’t exactly how I picture the characters, they seemed to look okay. Well maybe except Jamie Campbell Bower as Jace. That shit show Camelot ruined him for me, and I don’t think this is the type of project that will redeem him in my eyes.

Anyway, the trailer. It’s both better and worse than I was expecting. The effects look decent and everyone (except JCB - but that’s my bias against him - and that guy playing Alec, who looks weird) looks good. The accents are all over the place, though. I wonder who called the shots at that one. Also, not enough GODfrey Gao as Magnus. Everything is better with more Magnus (and GODfrey). And what’s with the weird narration?

My goodwill for some of the actors (Kili! Snow! GODfrey!) is enough that I hope the movie doesn’t flop. I don’t expect this to be as successful as Twilight or The Hunger Games, but I do hope it earns enough to at least claim a modest success.

It's been a dry spell in dramaland. The last kdrama I finished was the enchanting Arang and the Magistrate, and that was several months ago. Nice Guy lost me halfway through, and so did That Winter the Wind Blows. Maybe shows about hommes fatales seeking redemption through their love interests just isn't for me. Or maybe I just didn't like how the women were only secondary to the men in terms of character development.

Anyway it's already spring (in Korea, not in my country) and that means a new batch of kdramas I'm going to try out. Only two are on my radar, though, and I hope at least one of them is good enough to bring me out of my kdrama doldrums.

Gu Family Book. Okay this one I'm very excited about. Demigods, asskicking, and Lee Seung-gi and Suzy being adorable AND badass. You only have to be as good as you promise to be, show, and I'm all yours.

Jang Ok-jung, Live in Love. Reminds me a bit of The Moon that Embraces the Sun. Hopefully the resemblance stops at thwarted puppy love. I actually wanted a more Anne Boleyn-ish vibe from Kim Tae-hee's Jang Heebin, but based on the long preview I think I'm going to get all the fierceness I want from Hong Soo-hyun's Queen In-hyun. Anyway the show looks magical and beautiful. I hope we also get strong characters in the bargain.

So I haven't been posting here in a while. I've moved to tumblr for the moment, and I'm having fun continuing blogging there. I love how interactive it is. Maybe someday I'll come back. lj does seem more suitable for lengthier posts (and is more customizable to boot). But for now, I'm too busy with rl to make long blog posts (long word vomits about The Hobbit aside).

tl;dr: I'm on an lj break. So long and thanks for all the fish!
Collapse